Earlier this week a placard was tied to a post near our home in rural Mallorca, warning us that the lane would be closed yesterday for about five hours from 14:00h because of a sporting event. The event in question was the Mallorca 312 – the most international of all cycling events held in Spain. Of the 6,500 cyclists taking part, 33 per cent were from the UK; presumably Mallorca had greater appeal to these Brits than Yorkshire, which had its own racing event (Tour of Yorkshire) happening yesterday. 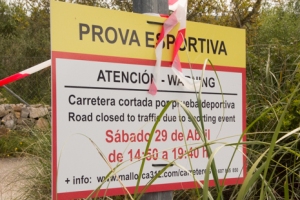 Our lane hasn’t been closed since our first few years of living here, when the Manacor Rally used to come through the valley. We were forced to be either at home all afternoon or out somewhere for the duration. It was a noisy but entertaining spectacle and we could watch some of the action from our terrace, so we always stayed home. Souped-up rally cars and old stone walls occasionally had brief encounters and, after the local council had invested in building new walls for the community’s shared watercourse in the valley below us, the rally was moved to a new route.

Our lane closure yesterday wasn’t much of an inconvenience to us or our relatively few neighbours, but many people across Mallorca were cursing the event because main roads through the mountains and in the north and northeast of the island were closed to vehicles. Social media was buzzing with complaints and stories of delayed journeys, as well as triumphant messages from race finishers.

I certainly felt sorry for any holidaymakers who arrived on the island yesterday morning only to learn that the road to their destination was closed for several hours. Or those staying in places like Deià, forced to leave the village before 7am for an afternoon flight home, because the road was part of the race route and vehicular traffic was suspended for the morning.

Meanwhile, The Boss and I walked up to the corner of our property during the afternoon for a prime view of cyclists coming up the hill. It’s a steep haul on foot and several of the cyclists evidently found it tough to negotiate. 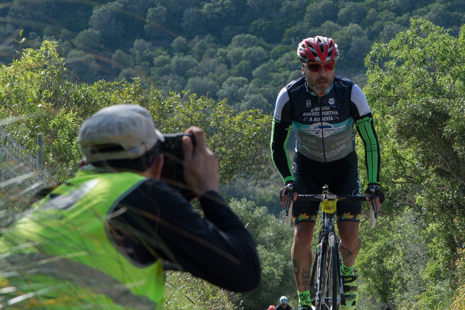 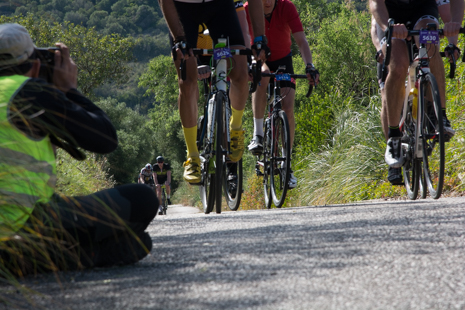 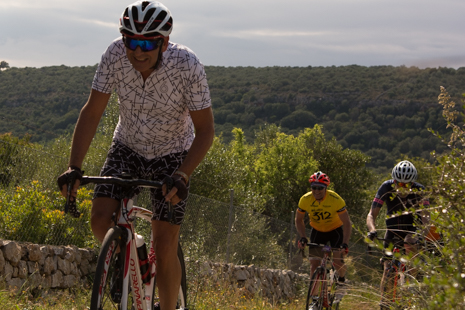 One of our Mallorcan neighbours was already spectating with her son, seven-year-old grandson, and a couple of his friends and we joined them in clapping and encouraging the participants as they passed us. Also there were a female marshall (who must have been desperate for a pee by the end of the event) and an official photographer. We offered to make them tea or coffee, but they’d come prepared with their own food and drink.

I had my own camera with me and, having reviewed my numerous shots, I can tell you I won’t be changing careers anytime soon to become a sports photographer. Respect to those who manage to take sharp photos of sportspeople on the move…and look good in a hi-vis vest.

During our time as Mallorca 312 spectators we saw Lycra in every hue imaginable; it’s certainly a colourful sport. We heard quite a few English-speakers and, as we bystanders shouted out  ‘Ánimos‘  (which means encouragement), I did later wonder whether they might have thought we were calling them ‘animals’… 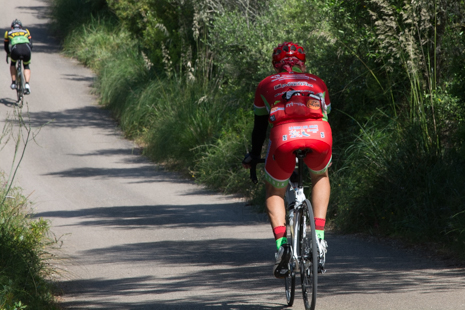 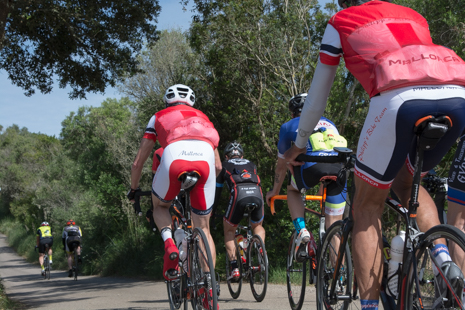 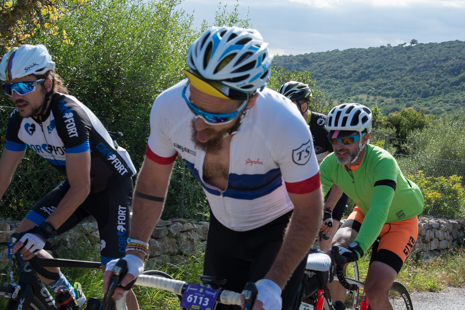 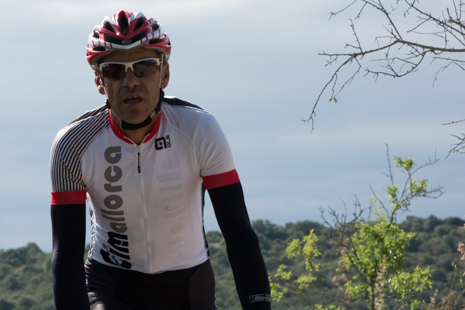 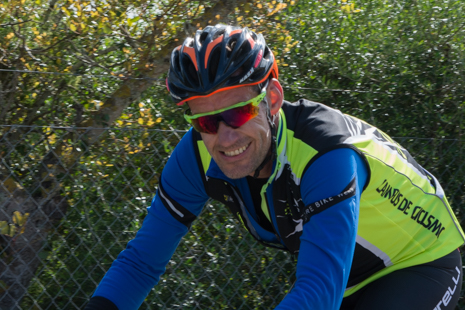 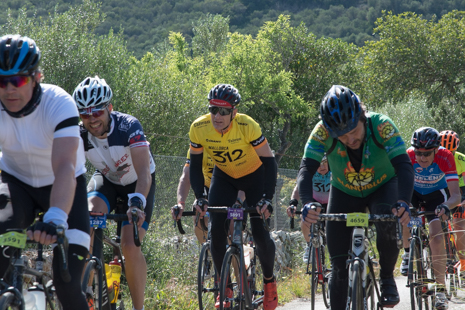 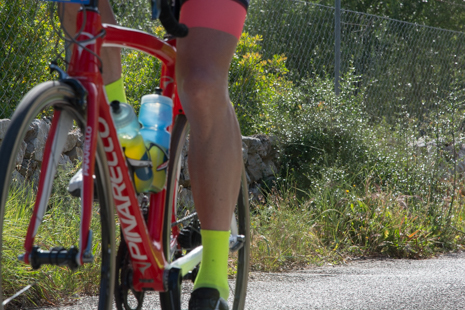 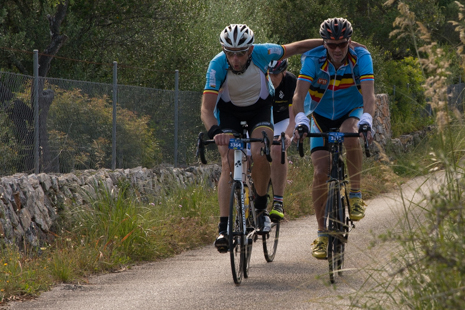 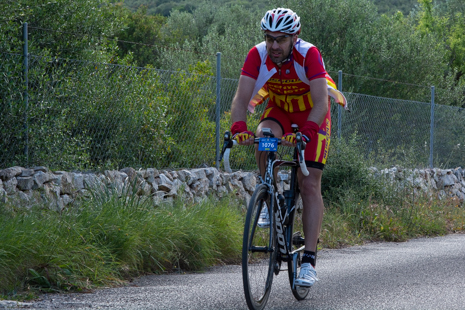 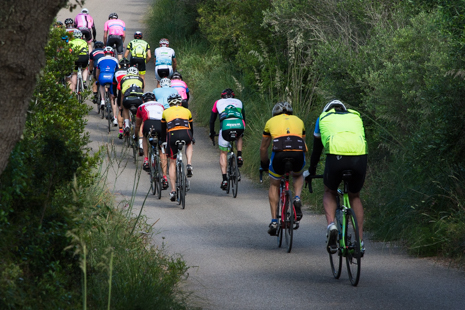 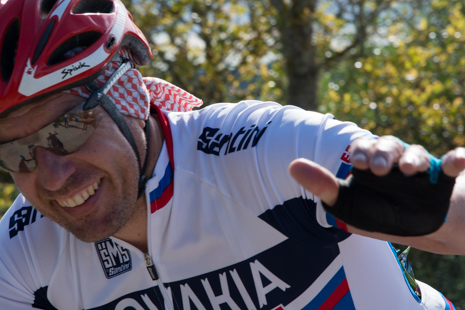